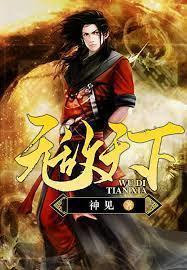 Qin Tian accidentally transmigrated into a sickly body, a body with broken Dantian that was unable to practice Qigong, in another world. Fortunately, God had mercy on him by giving him a level up system. Useless? That was him in the past. Not worrying about practicing Qigong, he was now able to kill Monsters to level up. Easy! Level up when killing Monsters; level up when killing people. An unbeatable sovereign of the clan in the eyes of other people, but in his eyes, he is a glittering big BOSS.

With this level up system, he will no longer encounter any bottlenecks during a breakthrough in cultivation like other geniuses; all he needs to do was kill as many monsters, clan heads, sovereigns, world experts … to have a better life.

Dedicating his life on a road to become an expert.