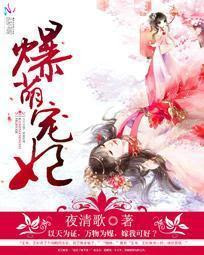 Once she crossed through, she actually became the disfavored third WangFei?

Once she woke up, her family’s WangYe actually staged ‘a man and a woman’ play in front of her face?

Fine! In that case, she would also give her support: ‘365 seconds! I’ll let you feel high until you grow old! Standing on the side, watching you and her continue performing this play!’

In the end, she was thrown into the woodshed.

In a study room, a housekeeper came and reported: “WangYe, WangFei was cheating when she gambled at the casino. She was chased by people and ran to a crowded street.”

WangYe: ‘As she wished.’

‘WangYe, WangFei opened a nightclub and became the boss.’

Finally, ‘WangYe, WangFei sent a divorce letter and asked you to sign.’

A certain Wang flipped his table: ‘She’s still not satisfied even after turning everything inside out!’

Opening a nightclub, mingling in a casino, censuring a prince, see how she played around this ancient era.

The Good for Nothing Seventh Young Lady