Way of the Devil 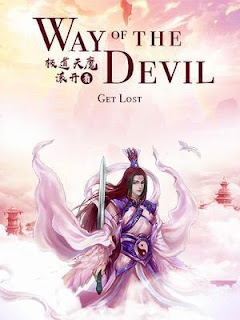 Way of the Devil

Plunge the mortals weak in horrors;

Arms of gods and blades of devils,

Shroud the world in untold evils.

Lu Sheng was an ordinary civil servant in the modern world. After waking from a drunken stupor one day, he found himself trapped in a dangerous world where demons, ghosts and supernatural monsters terrorize the land.

In this world, ordinary mortals live in dark fear and helplessness, without any means to fight against the supernatural.

As Lu Sheng struggles desperately for survival, he stumbles upon a game mod he had designed for a mobile phone app in his previous life. It unexpectedly becomes his special ability, which enables him to instantly level up any skill he learns, albeit at a cost.

Thus, Lu Sheng begins his journey, striving for power beyond the reach of a mortal as he treads the way of the Devil…